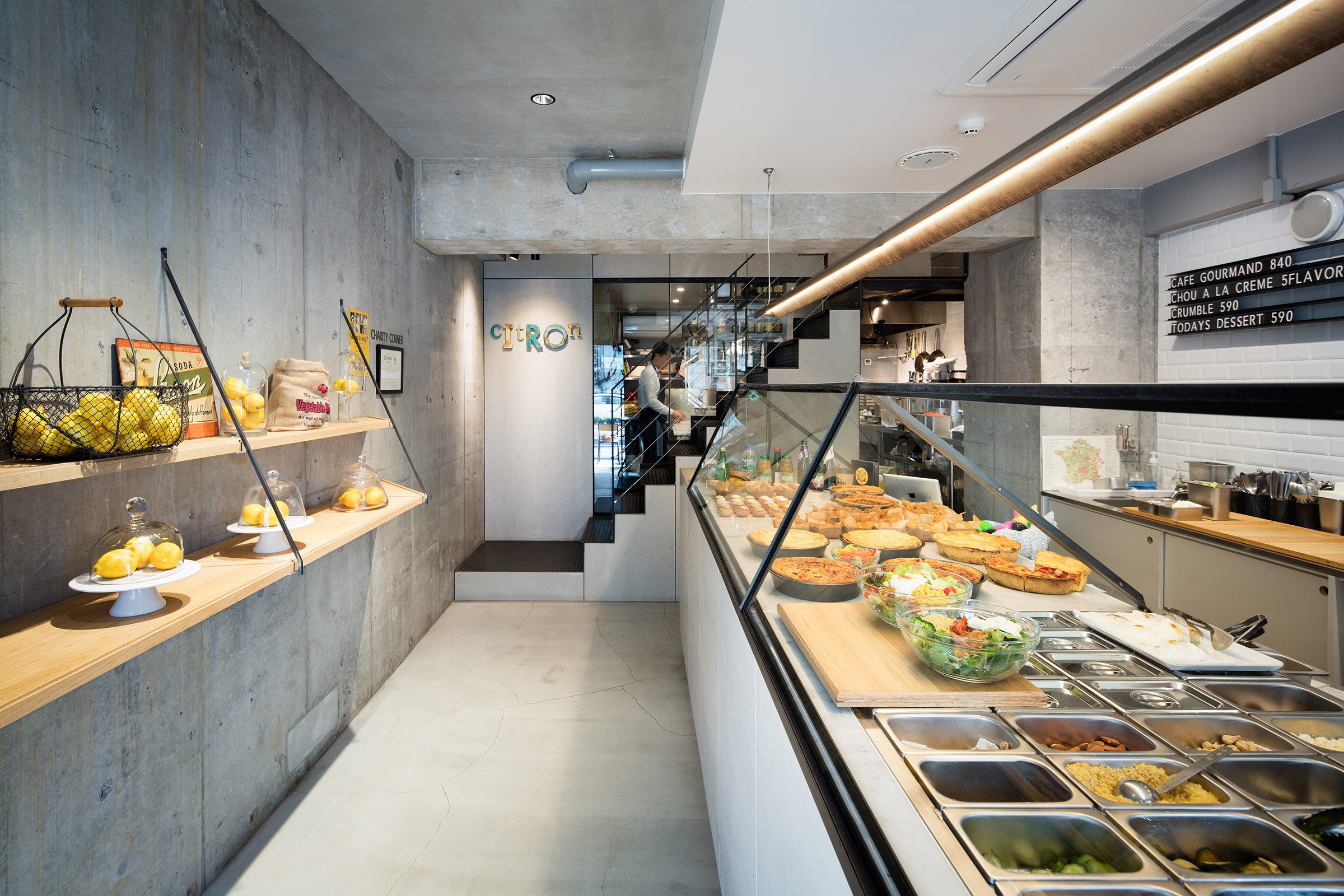 CITRON is a restaurant that serves organic and vegetarian food. The aim was not only to design a place that specialises in organically-grown and locally-sourced produce, but also a space where these natural ingredients could be treated with care.

Housed in the first and second floors of an apartment building, CITRON is conveniently located in the centre of Tokyo. Because the premises were not originally designed to be used as a restaurant, it was difficult to cordon off the ideal kitchen and circulation space.

After experimenting with various circulation plans, we realised that the existing staircase could not fit into a compact enough area. Thus, we made the decision to construct a new staircase with a slender structure, while ensuring enough circulation for the restaurant’s back of house. Functional and economical, the painted steel stairway naturally becomes the restaurant’s centrepiece, dictating the detailing for the design of the entire space. For example, steel is repeated as a common element in the lighting and furniture. The food display cases and its accompanying lighting fixtures are made from steel extrusions, which you can also see used again in the entrance door and the shelves.

From the entrance to the second floor, the relationship between the materials used and the detailing plays an important role in creating a sense of unity for the entire restaurant. Some of the chairs, tiling, and lighting equipment were antiques procured from France by the client, adding colour to an otherwise rough concrete interior.