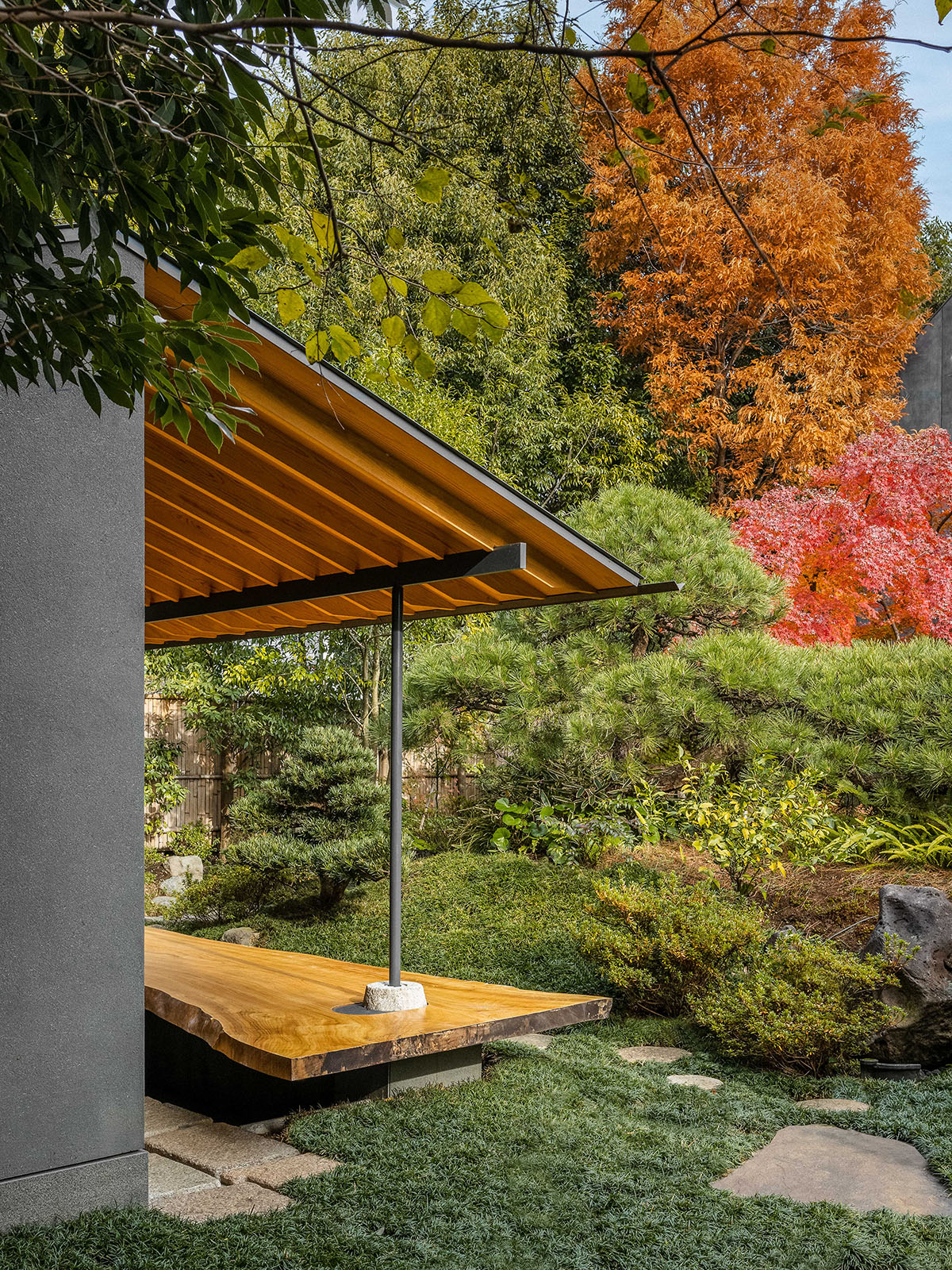 Garden House is a small hut-like space set up in the garden of House S. After the garden renovation was complete, the client wanted to create a place where the garden could be enjoyed differently, as a kind of hut, as compact as possible.

Following careful consideration of the layout plan, it was decided that the Garden House would be placed behind the main house and garden. As a result, the garden can be enjoyed in tandem with the main house over the garden. We incorporated a piece of camphor wood into the project that the client had fallen in love with and purchased; it is being used for living or dining. We considered the view from the main house, the view of the garden from the Garden House, and the size required for the space to function. A minimal structure of four tatami mats and a ‘tokonoma’ (Japanese alcove) was built with a single piece of camphor wood, shaped like a sunken kotatsu; used as a bench or tabletop. The large roof covering the camphor-wood tabletop has a steel frame that aligns with the tabletop, the main roof and the garden to create a feeling of lightness. At the base of the steel frame are stones once used by the client for weighing down pickles at his family home in Kyoto.

It was not until we had finished the project that we realised the Garden House seemed to complete the garden. Of course, a garden is never complete. I believe that it is constantly changing and evolving, but what this house has brought about is not just a mere space. It has a significant impact on the garden as a whole.