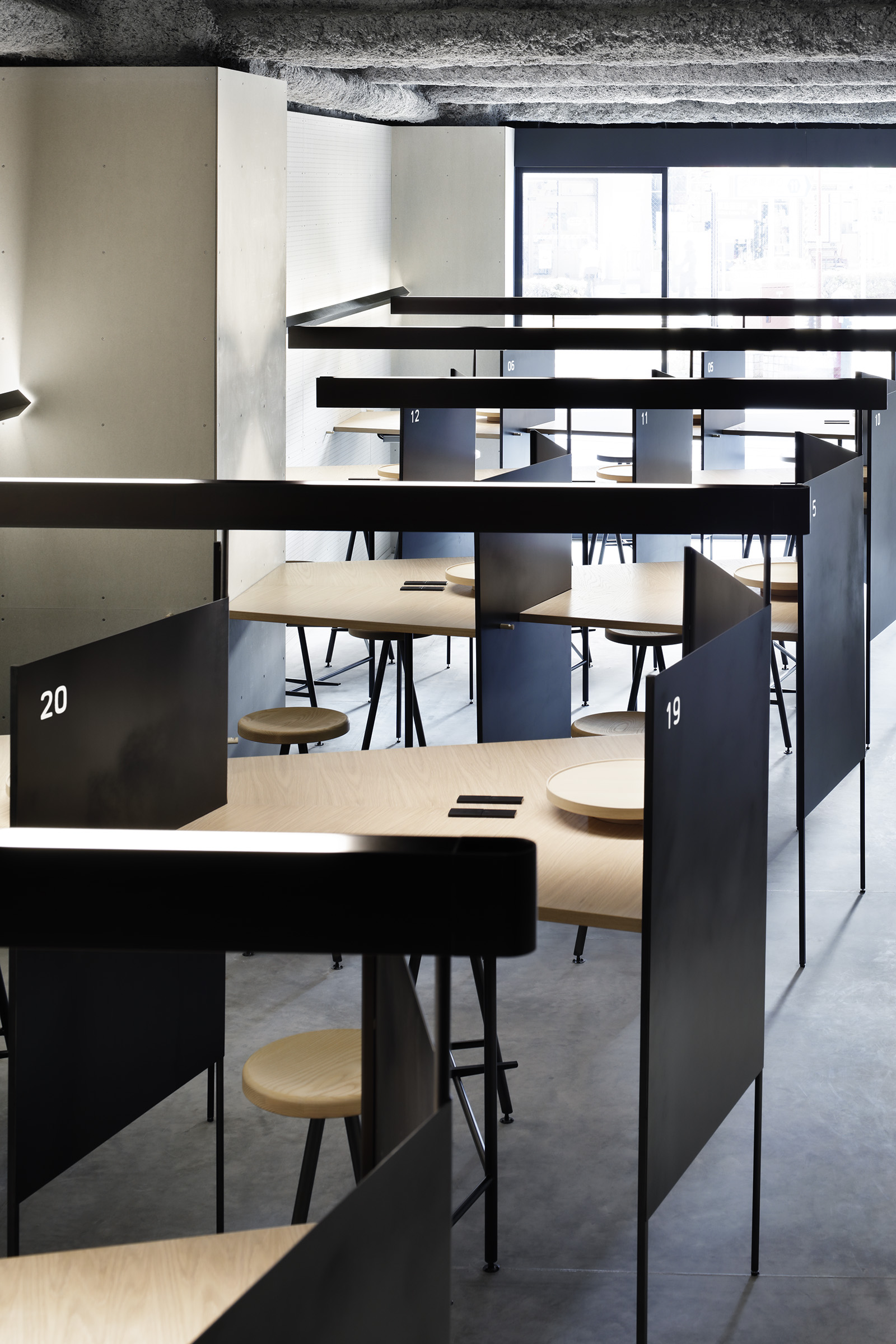 9h ninehours, which has opened seven hotels in Tokyo, naturally has a different customer base and usage scenario depending on its location. Kamata is not only a downtown area but also a place that can attract both business travellers and tourists having convenient access to Haneda Airport. Recently, Haneda has been expanding its domestic as well as international flights, and we anticipated demand for overnight stays before early morning and late-night flights.

Although the world view that 9h ninehours depicts seems to be complete, the design team expected us to expand the borders of its hotel brand identity and to pursue comfort. They also wished to reinforce the concept of transit. The idea was to make 9h ninehours a necessary service in the city, even for a short stay.

Despite being given such criteria, building an eleven-storey building on a narrow site was difficult from a financial perspective due to the poor ground conditions. Programming the building was like solving puzzle pieces, re-arranging the capsule rooms of various sizes and location of bathroom units numerous times. At the same time, we had to figure out how to express the graceful beauty of the building in the chaotic streetscape of Kamata, and to create a facade that expresses the gracious aesthetics of the 9h ninehours brand. In order to provide an impression that the dignified appearance is the brand image of 9h ninehours, we utilised the lightness of the egress stairs and sculpture-like repetitive balconies.

For the interior, we studied the existing 9h ninehours hotels and focused on creating a compact yet comfortable space by refining the details of lighting and materials. In particular, we cut out the lighting glare to provide a better environment before bedtime, and chose materials that are monotone yet rich in texture. Additionally, we provided private desk booths at the entrance for customers to use before their departure. Such a space is in sync with the futuristic capsule design of the 9h ninehours brand, and by situating it on the ground floor, they plan on testing a transit service where only the desks can be rented.