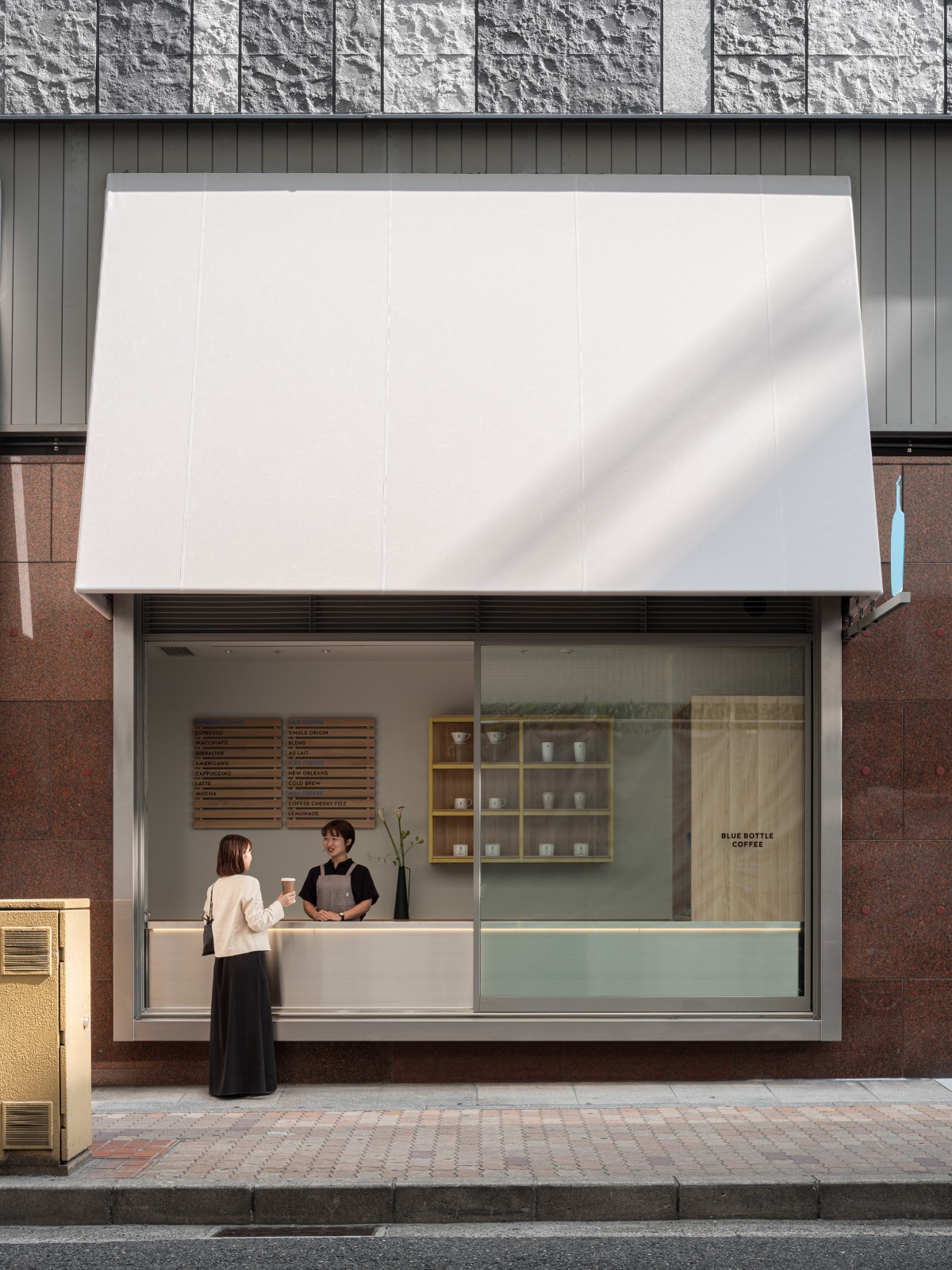 The Blue Bottle Coffee Kobe Hankyu Cafe, which will open on the ground floor of Kobe Hankyu Department Store, is located a short distance from Sannomiya station and shopping street and faces a back alley, originally used as a delivery route. By opening the new cafe, Kobe Hankyu aimed to enhance the hospitality of the entire building and transform the image of the street. In response to such a request, we designed the cafe considering its appearance from the street and to fit in with the apparel brands that share the ground floor.

On-site, we were greeted by five large display windows, typical of department stores. The idea was to make the windows appear not as display windows but as those of a cafe open to the city by connecting the interior and exterior design.

It was therefore proposed to create a take-out counter facing the street using the existing display windows. Furthermore, it was decided that the interior design be arranged to take into account the cafe and kitchen visible from the display windows.

In addition, the display window frames were used as inspiration and as a mechanism for connecting the interior and exterior spaces. Through the development of frames in the interior, an effort was made to create a design that would leave a lasting visual impression.

The Hankyu Department Store had a tenant rule for us to use the existing rough concrete floor, but only the round table and the concrete under the sofa are polished to change the impression of the floor.Finishes were chosen in response to the existing space and the two neighbouring apparel brands. Not only do the textures and colours of the textiles and leather in the cafe set the overall tone and impression, but also some of the wooden frames coated in a bright yellow paint convey texture, letting the grain of the wood show through.

This Blue Bottle Coffee cafe is the first to use wood from Kobe Prefecture for furniture frames and table top’s boards. Karimoku Furniture was asked to collaborate on the project, and these timbers were used in conjunction with ready-made furniture, from drying to product manufacturing.

All of the chairs and large round tables in this cafe are products of Karimoku Case Study, and the sofas are from Ishinomaki Laboratory by Karimoku. Everything was designed by our studio, including the pendant lighting, speaker and custom-made furniture which were made specifically for this cafe.